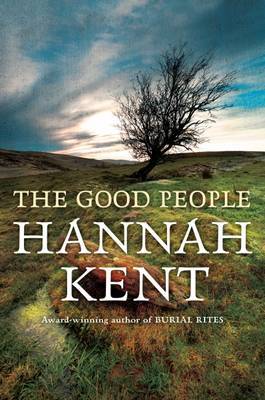 The award-winning author of Burial Rites has transferred her imaginative power and luminous writing to Ireland in the 1820s, delivering a story located in the liminal world between myth and reality, superstition and truth.   Hard times have given Michael, a crippled and mute boy, into the care of his recently widowed grandmother amidst villagers ever susceptible to suspicion and fear.   His difference and inability to communicate draw both forth as he is believed to be a changeling, to have been touched by fairies.  The ‘good people’ as they are known, are thought to be capricious, capable of both beneficence and harm in equal measure. The story revolves around three women; Nora, Michael’s grandmother; Nance, an old woman and healer whose help is sought to banish the fairy child and return Nora’s grandson; and Mary, a girl from the village who comes to care for him.

Like its Icelandic predecessor, this atmospheric novel is based on a true story with the author’s acute characterisations and descriptive power capturing the best and the worst of the human condition.   These elements endure, as will Ms Kent’s writing, amidst a narrative of irresistible force.